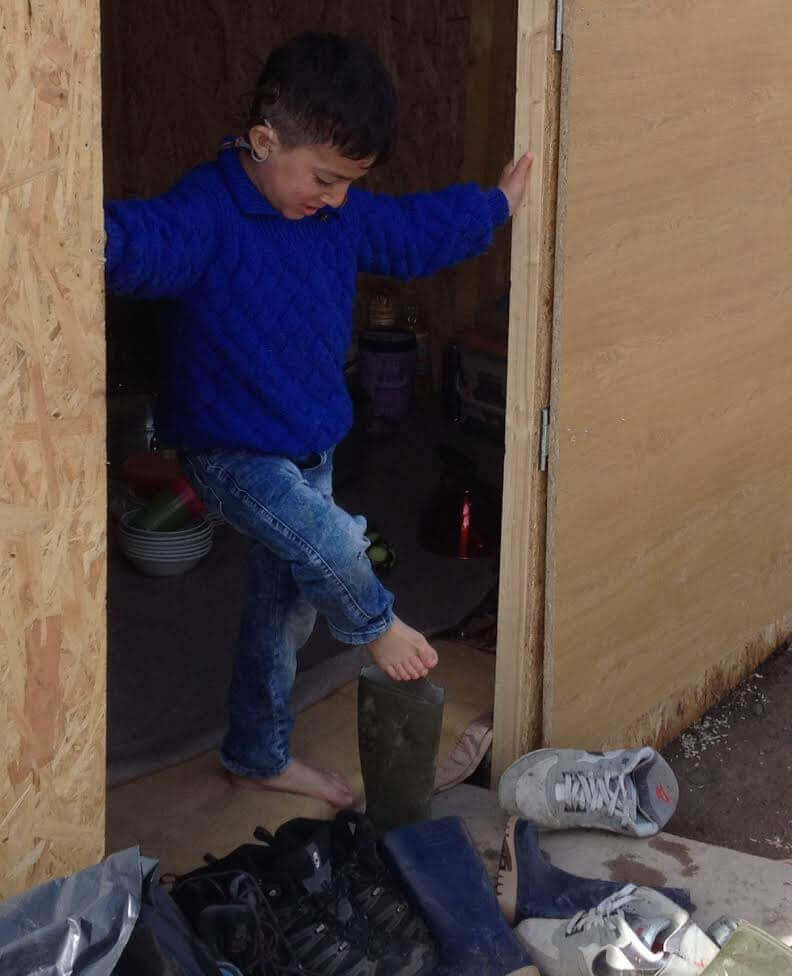 A Birmingham solicitor filed an urgent application on Friday 13th January forcing the Home Office to suspend the removal of six year old Lawand Hamadamin and his family to Germany. Removal was due to take place on Monday 16th January 2017. The Home Office made the decision under the Dublin Regulation, part of the Common European Asylum System from which the UK will effectively withdraw under Brexit.

Deafkidz International first encountered the Hamadamin family in the Dunkirk refugee / migrant camp in February 2016, where we worked to respond to Lawand’s communication, ear & hearing care needs. The family have been in the UK since June 2016 when they claimed asylum. They have been temporarily accommodated in Derby where DeafKidz International facilitated Lawand’s assessment and attendance at the Royal School for the Deaf. Lawand is in the UK with his parents and seven year old brother. However, they arrived in the UK via a number of other EU countries and the UK Home Office have decided to return the family to Germany for their asylum claim to be considered.

Aisha Abdul-Latif, solicitor acting for the family, said “The family are relieved that they have been given a chance for the court to decide if the Home Office should be allowed to send them to Germany. But the fact remains that the family have been through a traumatic journey to the UK before finding a place of safety here and any further disruption will only add to their distress, particularly for Lawand.”

The family will be allowed to stay in the UK until the application is considered by a judge which is expected to be within the next few weeks. Their stay will also be extended if the judge gives permission for a full hearing of the application which argues that the UK is responsible for the asylum claim.

The Dublin III Regulation determines which EU state has responsibility for deciding if someone seeking asylum is to be given refugee status or subsidiary (humanitarian) protection. The first EU state through which an asylum seeker passes is usually considered responsible for the claim, even if the person did not claim asylum in that country. Given the UK’s geographical location within the EU and difficulties that people have in arriving in the UK from outside the EU, it is not unusual for the UK to ask another EU state to take responsibility for the asylum claim. Between January and September 2015, the UK authorities made over 2000 requests for other EU states to take asylum seekers back. After the UK exits the EU, it is unlikely that this option will be open to the UK which may therefore become responsible for every asylum claim even if the person travelled through another EU state.

Suffice to say, DeafKidz International remains committed to ensuring Lawand is able to access the quality communication, speech & language, ear & hearing care he needs. No D/deaf child should ever be left behind or forcibly dislocated.

You're viewing a permanent link to a single news item. Check out the News page for the latest updates.
More News »

Sign up to receive a quarterly e-newsletter with updates on DeafKidz International's work responding to the protection, health, education and wellbeing needs of deaf children, young people and vulnerable adults in low resource and complex humanitarian settings.

As part of our e-newsletter, we will update you on the impact of our projects as well as fundraising and volunteering opportunities.